New York is a walking city; Los Angeles is a hiking town. I love both places equally and for different reasons. Perhaps what I love most about Los Angeles though is its proximity to the mountains and the sea. One day I could be standing on the edge of the country, on the Malibu coastline, staring deep into the horizon, and the next, I might be hiking uphill to watch the sun set over the beautiful urban sprawl. The Griffith Observatory trail is one of the best hikes from which to view the unfolding cityscape. Perched atop Mt. Hollywood, the beautiful observatory is a beloved landmark and accessible by car though you will see more on foot. The hike is a moderate one, steep in parts, so take it easy and see how you go.

I’m excited to share the photos as well as my first attempt at filming a little video. It’s just a snippet of us on the trail — I thought it would be fun to add something extra.

We live on the west side of Los Angeles, and with sunset scheduled for 7.01pm, headed for Griffith Park at around 4.30pm to avoid traffic (best to leave buffer time to avoid hiccups). This meant we were walking Griffith Observatory’s Fern Dell trail at 5.15pm. The days are getting shorter, so do check sunset times and give yourself plenty of wiggle room to clamber up the trail and stop at viewing points.

Tip: If hiking prior to sunset, take the Griffith Observatory trail (the one to your left after exiting Fern Dell) as it is partly shaded, unlike the East trail, which is directly under the sun. On a morning hike, the reverse is true (i.e., the East trail is shaded).

Traversing even ground, Fern Dell is a lovely prelude to the uphill climb. Parking is available near the gates, on Fern Dell Drive. 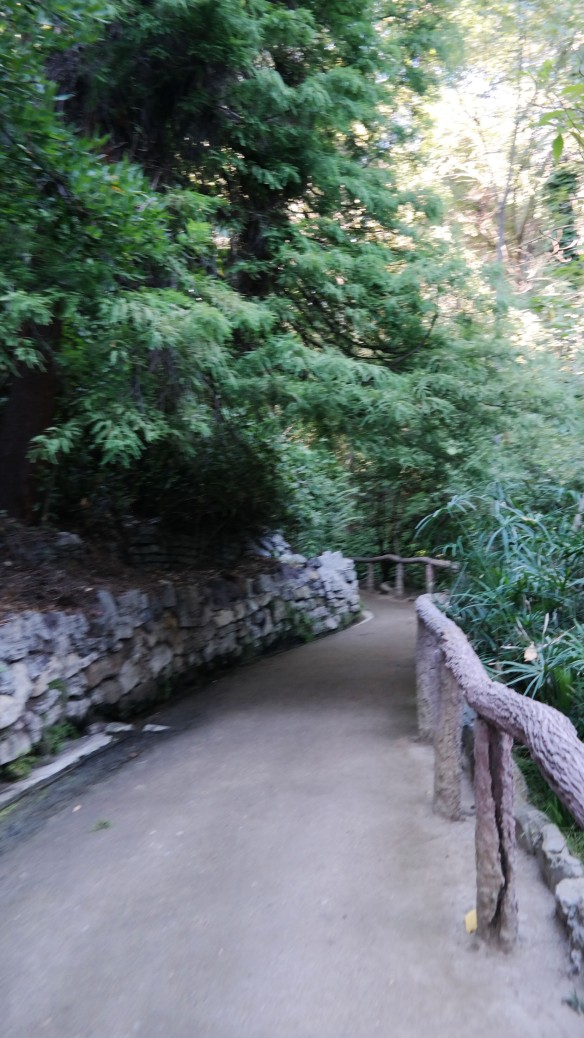 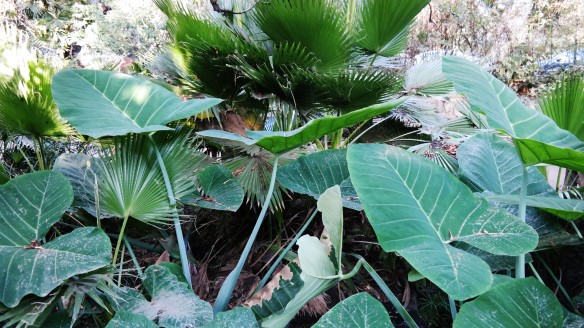 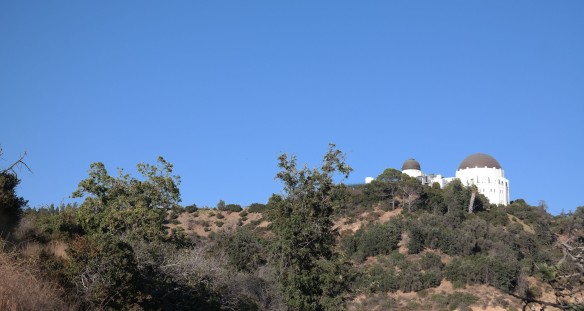 Glimpse Griffith Observatory at various points along the trail.

Looking east, the view is of homes and Los Angeles. 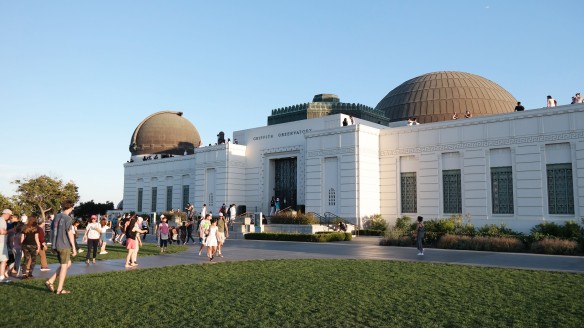 Admission to the observatory is free, though there is a nominal charge to see shows in the Samuel Oschin Planetarium. It is closed Mondays and most major holidays. Check the calendar at griffithobservatory.org/programs/calendar.html for upcoming events.

We reached the observatory at 6pm or thereabouts. 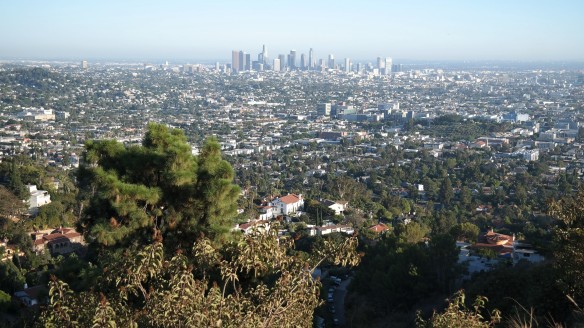 Notice the open dome to the left. There’s a telescope in there, somewhere. 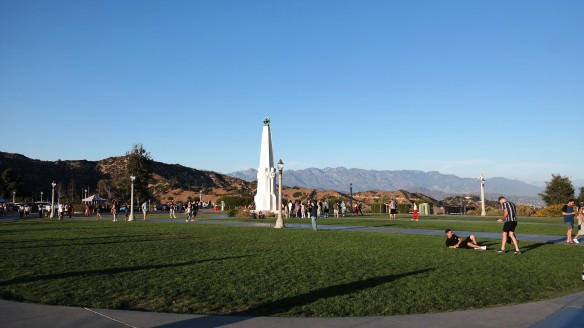 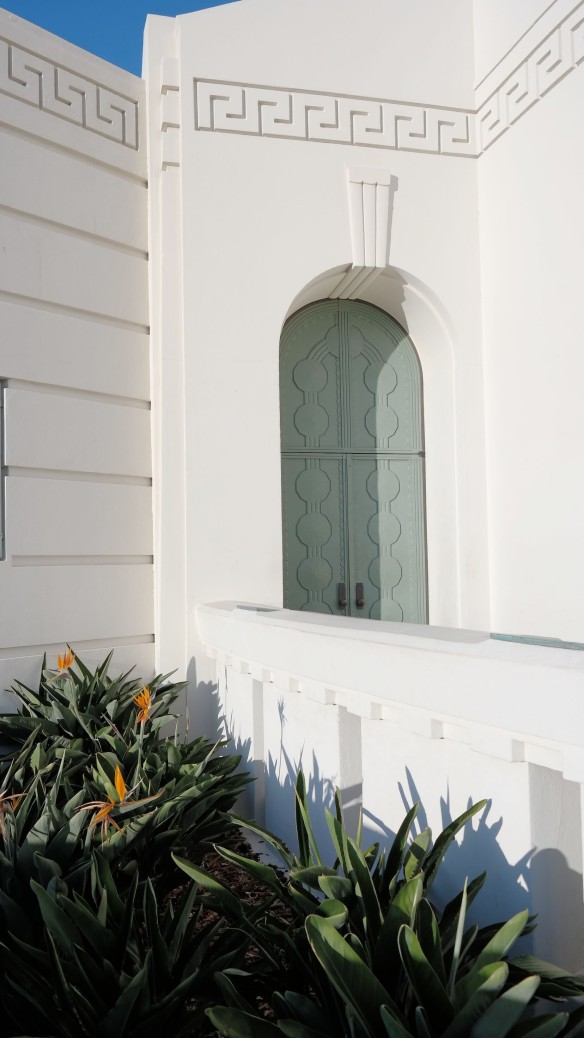 The observatory’s grounds show off clear views of the Hollywood sign. 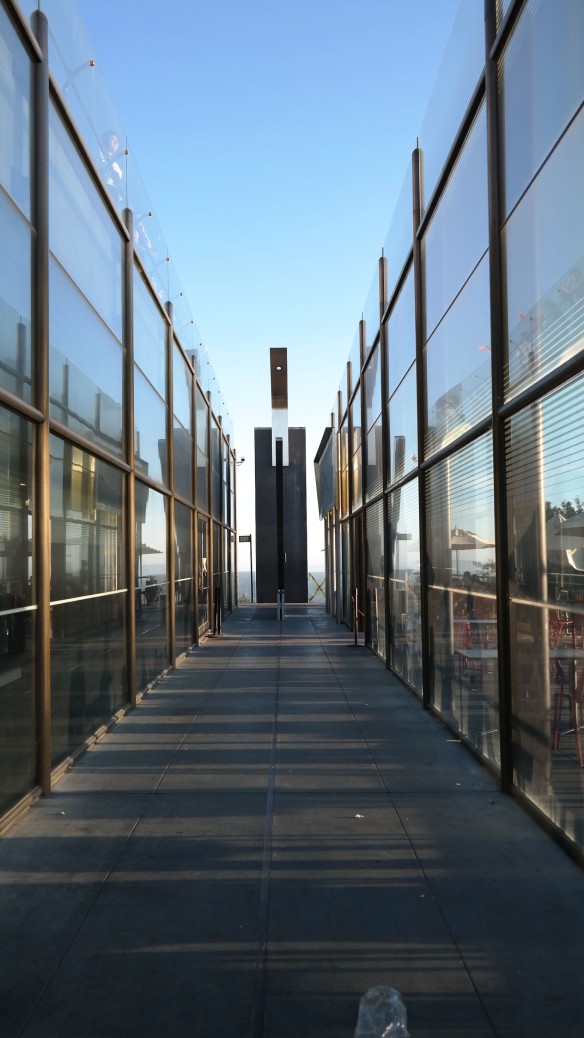 The Gottlieb Transit Corridor. It leads to the observatory and cafe. 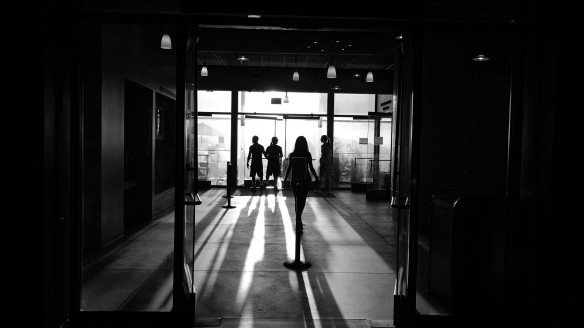 The dazzling sunset is popular with photographers. 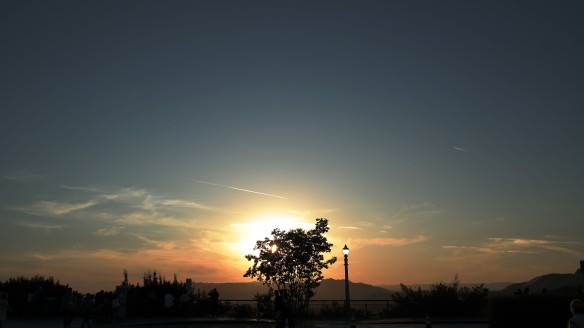 Saturday sunset before hiking down the West Griffith Observatory trail.