The symphony of lines gracing Grand Avenue makes it one of the most interesting streets in Los Angeles today. Located downtown, it’s home to landmarks befitting its name, not least The Broad museum and the nearby Music Centre made up of the Walt Disney Hall (WDH), Dorothy Chandler Pavilion, Ahmanson Centre, and Mark Taper Forum. Busy during the philharmonic and theatre seasons, the centre is a sweep of quiet and calm during the day, lending its vast plaza to those who seek a respite from the summer heat thanks to shaded seating and cooling fountains. There’s even the hidden Blue Ribbon Garden, a treasured space for those who know about it, which unfurls behind the WDH. Offering a glimpse of the Santa Monica Mountains, the garden gives visitors a place to recline under a canopy of trees that dot the mini labyrinth of undulating paths, providing another perspective from which to appreciate the genius of Frank Gehry’s architectural design. And there’s more in store from the local architect: The Grand, a mixed-use development, will further unite this cultural centre of the city to make it one of the most coveted places within which to reside and play.

A few years ago, I wrote a more detailed post about the Walt Disney Hall. You may access it as well a range of photographs here. You might notice how much the garden has changed since then. 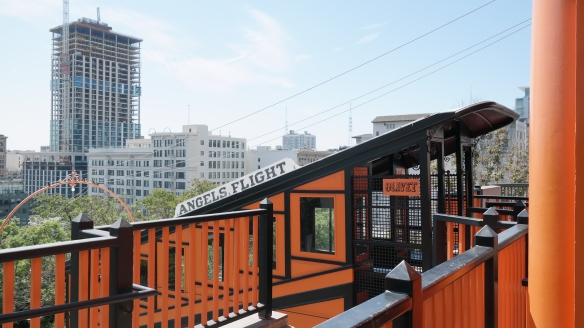 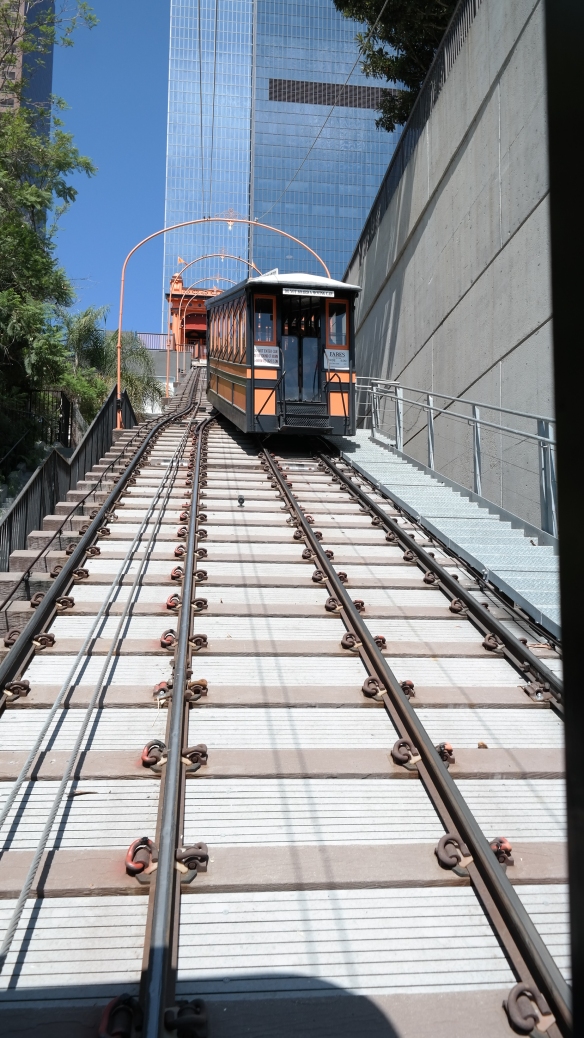 Counterbalancing two cars, this is the world’s shortest railroad.

The Scofidio +Renfro designed Broad Museum commands a queue. Tickets are free and available to reserve on their website, thebroad.org. Yayoi Kusama’s Infinity Mirror Rooms are reason enough to visit.

The sweeping entrance of the Walt Disney Hall.

Corridors within the Hall’s design lead to the hidden Blue Ribbon Garden.

The loveliest spot to spend a lunch hour. 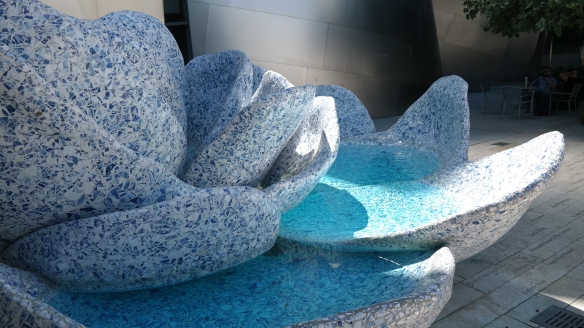 The Blue Ribbon Garden fountain, a mosaic of Delft porcelain pieces, is shaped like a rose.

WDH seen through the branches.

Across the road from the Walt Disney Hall is the construction site that will soon be home to The Grand development, another Gehry project, designed to include commercial and residential areas, public art, and courtyards to better create a community. 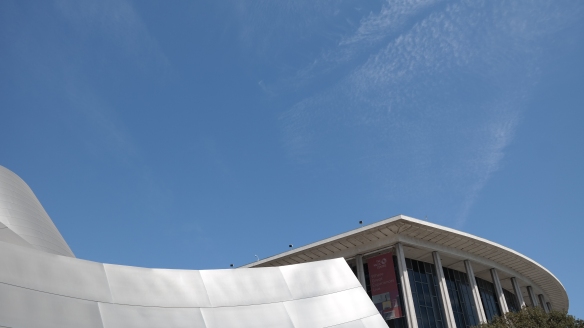 Steps away from the Hall is The Dorothy Chandler Pavilion, former home of the Oscars.

Designed by architect Welton Becket and opened in the mid 60s. 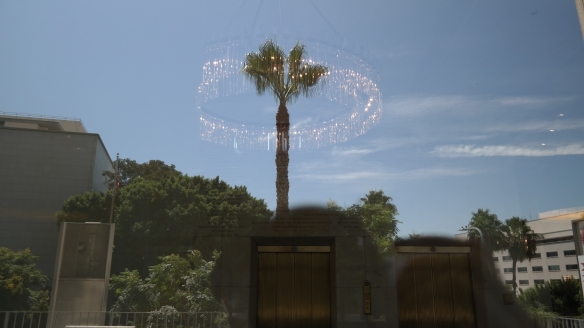 Views across The Rose Hill Foundation Courtyard of the Mark Taper Forum.

The Music Centre, looking toward the Dorothy Chandler Pavilion.

A scene along Hill Street, which runs parallel to Grand Avenue.